Filipinos, This Is Your Chance To Name Two Celestial Bodies 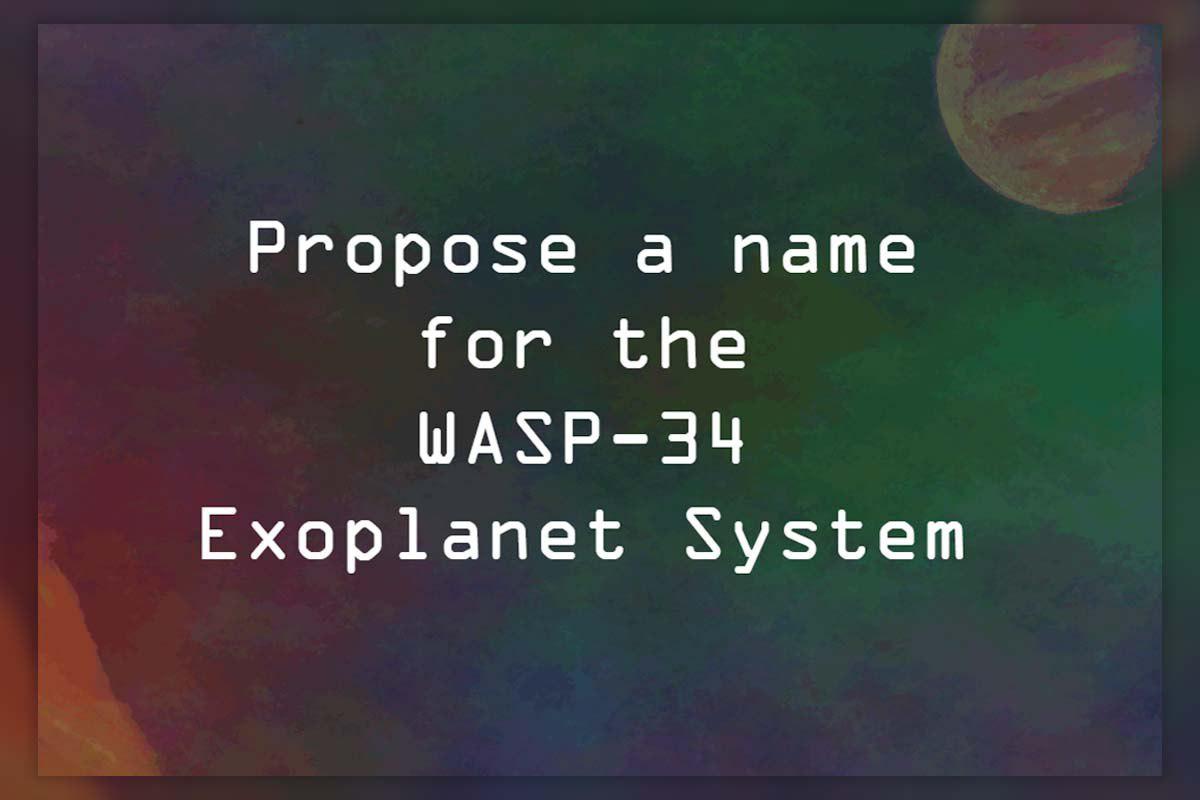 We are all just a speck of dust in the universe, no less than the Philippines, or the Earth for that matter. If you are like me, you’ve probably dreamed of becoming an astronaut only to explore the vast abyss— this is of course on top of wanting to wear a super cool spacesuit. Who doesn’t?

Since we’re on the talk about becoming closer to the space, (by the heart, if you may), the Philippine Atmospheric Geophysical and Astronomical Services Administration (PAGASA), in cooperation with the National Museum and other local astronomical organizations, has announced on July 29 that they will be holding a national competition open for Filipinos to name a new exoplanet (planet Wasp 34-b) and its host star (Wasp 34). This is in line with the celebration of the 100th anniversary of the International Astronomical Union (IAU). 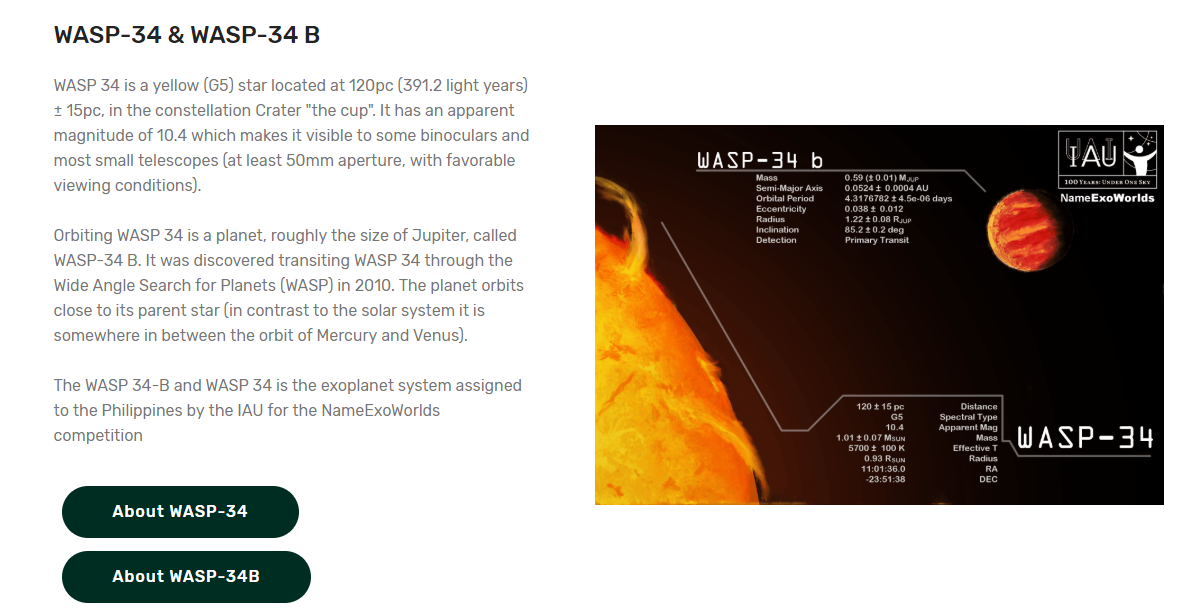 In a statement, PAGASA Administrator Vicente Malano said that "The names of the exoplanet and its host star should be related to one another and they should be culturally or historically relevant to the Philippines. The designated name of the exoplanet and the host star for the Philippines is designated as WASP-34 and a yellow dwarf star located in the constellation of Crater, the Cup."

The IAU has recently posted the rules for naming the astronomical bodies on their Facebook handle. 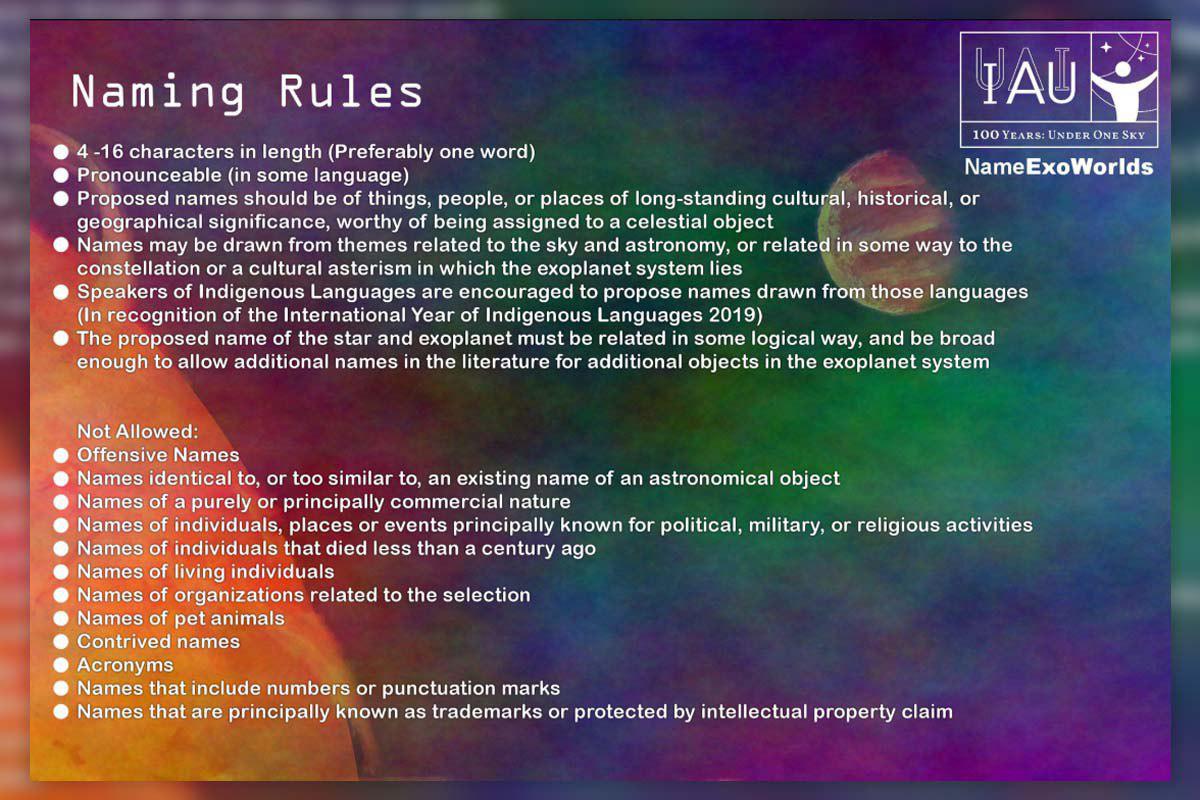 “All proposed names must be accompanied by a valid explanation, worthy of a celestial body. Both the names of the star and the exoplanet must be logically related,” they wrote in the post.

The competition will run from August to September 2019 and the planet will be officially given a name by the end of the year. The winner will be chosen by IAU100 NameExoWorlds Steering Committee and will receive a telescope courtesy of PAGASA.

There is also a separate website created by the IAU where Filipinos could give their suggestions and participate in the competition.

So to my fellow Astrophiles out there, this is our chance to fulfill an ultimate bucket list.