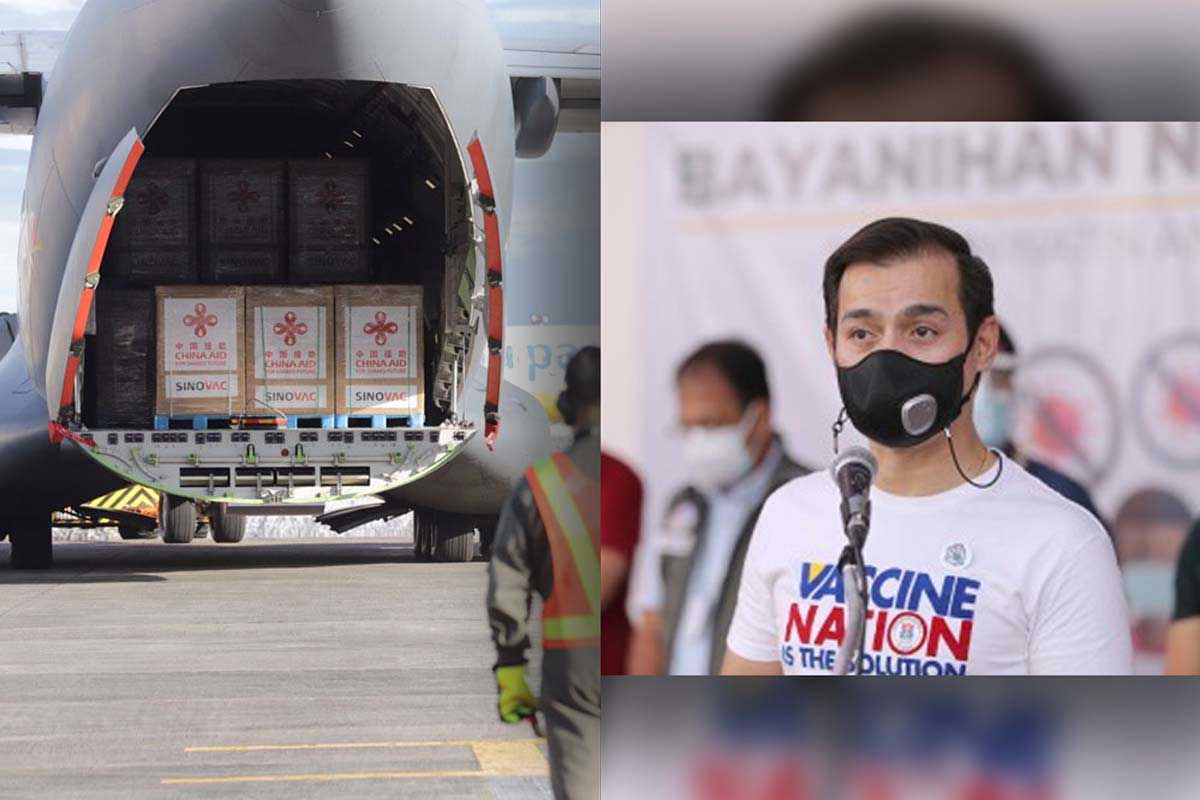 
Mayor Isko encourages citizens and medical front-liners to not waste the opportunity to get immunized from the dreaded coronavirus disease 2019 (COVID-19) now that the shots are available in the country.

“Huwag nating sayangin ang opportunity na tayo ay mabakunahan at madagdagan ang panlaban ng ating katawan kung sakaling tayo’y ma-impeksyon. (Let us not waste the opportunity to receive the vaccine and have that additional protection in case we get infected),” Manila Mayor Isko Moreno tells medical front-liners, especially those who are undecided to receive the vaccine against the coronavirus disease 2019 (COVID-19).

Mayor Francisco ‘Isko Moreno,’ along with other government officials, witnessed the remarkable history of the first batch of COVID-19 vaccination of the medical front-liners from the Philippine General Hospital last Monday, March 1, 2021.

As China’s Sinovac vaccine shots against the coronavirus disease 2019 (COVID-19) have arrived in the country, UP-Philippine General Hospital Director Dr. Gerardo ‘Gap’ Legaspi was the first to receive the vaccine shot in the country to officially receive the COVID-19 shot donated by China on Monday.

While many people, including front-liners, are still very hesitant to get the COVID-19 shot, Mayor Isko is encouraging them to not waste the opportunity to get immunized from the dreaded disease now that the shots are available in the country.

According to Domagoso, he will immediately take the first shot once the Sinovac shots are delivered in Manila. He also stated that he will not wait, and definitely won’t let the chance pass.

The local government of Manila received on Monday their share of Sinovac vaccines, which were delivered at the COVID-19 vaccine central storage facility at Sta. Ana Hospital. Around 300 medical doctors and nurses from the city government hospital facilities are eager to receive the vaccine.

In his speech, the Manila mayor extended his gratitude to President Rodrigo Duterte, as well as the Inter-Agency Task Force for the Management of Emerging Infectious Diseases for choosing the city of Manila in launching the historic COVID-19 vaccine rollout.

He also called out to the residents of Manila, and encouraged them to receive the vaccine, saying how most of the Filipinos prayed for a vaccine against the virus.

He also stated that people should not mind what others are saying, and put their trust in the system.

“The system will work. Yes, it will have shortcomings, but we as Filipinos must continue to believe in the system,” he said.

On the other hand, the mayor assured the safety of the Sinovac vaccines despite not being able to receive it yet, amid the reluctance of many people to get inoculated with the China-made jabs.

He tells citizens who are hesitant in receiving the vaccine that he respects their views and beliefs, but as the ‘father of the city,’ he encouraged everyone to not have second thoughts or compromise their safety.

“Vaccination is the solution to the nation,” Domagoso adds.