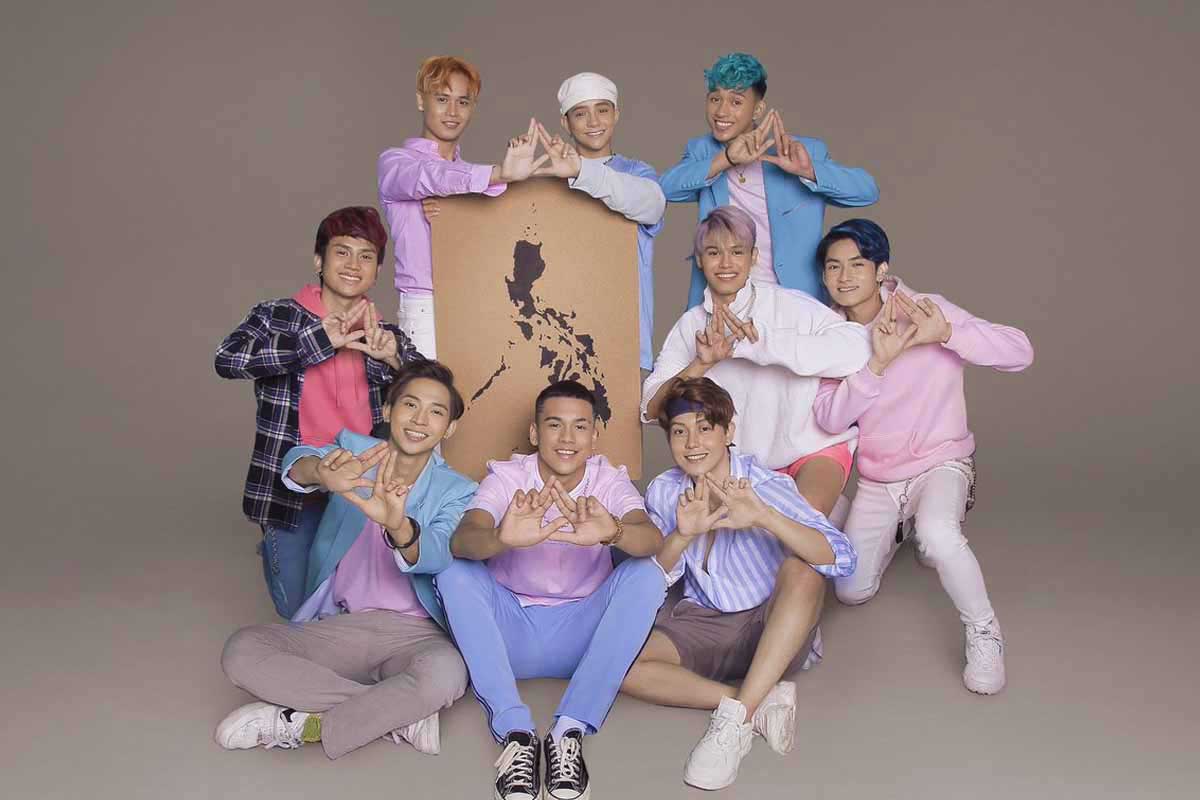 
Alamat is a nine-member Filipino boy group formed with a ‘counter-KPop’ concept, wherein they aim to become a multilingual group that uses the Philippines’ numerous local languages in their music—a notable first for boy groups in the country.

Alamat is the Philippines’ up-and-coming sing-rap-dance boy group formed by Viva Records, and is consisted of 9 young and talented members from different parts of the Philippines.

The group aims to raise the Filipino flag and perform at par with K-Pop idols who dominate the world in this generation.

The boy group was formed with the ‘counter-Kpop’ concept, wherein they were intensively trained just like KPop artists, bearing also a sensible audiovisual musical performance, commercial appeal, and more. But instead of promoting Korean pop, they promote Filipino culture in their performances.

Alamat consists of nine members who came from different parts of the country, namely Taneo from Kalinga, Mo from Zambales, Kin from Quezon City, Jao from Pampanga, Gami from Bohol, Valfer from Negros Occidental, R-ji fromEastern Samar, Alas from Davao City, and Tomas from Albay.

All of them went through auditions in May last year and underwent an intensive selection process, and rigorous training just like those that Korean idols go through. The members are also required to be well-versed in speaking their own dialects.

With their concept of loyalty to the Filipino culture comes the commitment to multilingualism, which Alamat’s creative director, multi-awarded Jason Paul Laxamana said to be the group’s main concept.

While keeping up with the modern world and times, Alamat combines modern pop with the rich Filipino cultural heritage.

Other groups may lean towards idolizing and following K-Pop groups, but Alamat is a group that paves its own path in the industry with a brand new concept by incorporating multilingualism in its songs.

According to Ninuno Media, Alamat should reflect the Philippines’ ‘cultural and linguistic diversity’ in order to be able to represent and embody the country itself.

The group just recently unveiled the music video for their debut single ‘kbye,’ which features lyrics in 7 local dialects. The song itself was written by the members themselves and is composed of a total of seven Philippine languages that the members spoke—Tagalog, Kapampangan, Ilocano, Waray-Waray, Bicolano, Bisaya, and Hiligaynon.