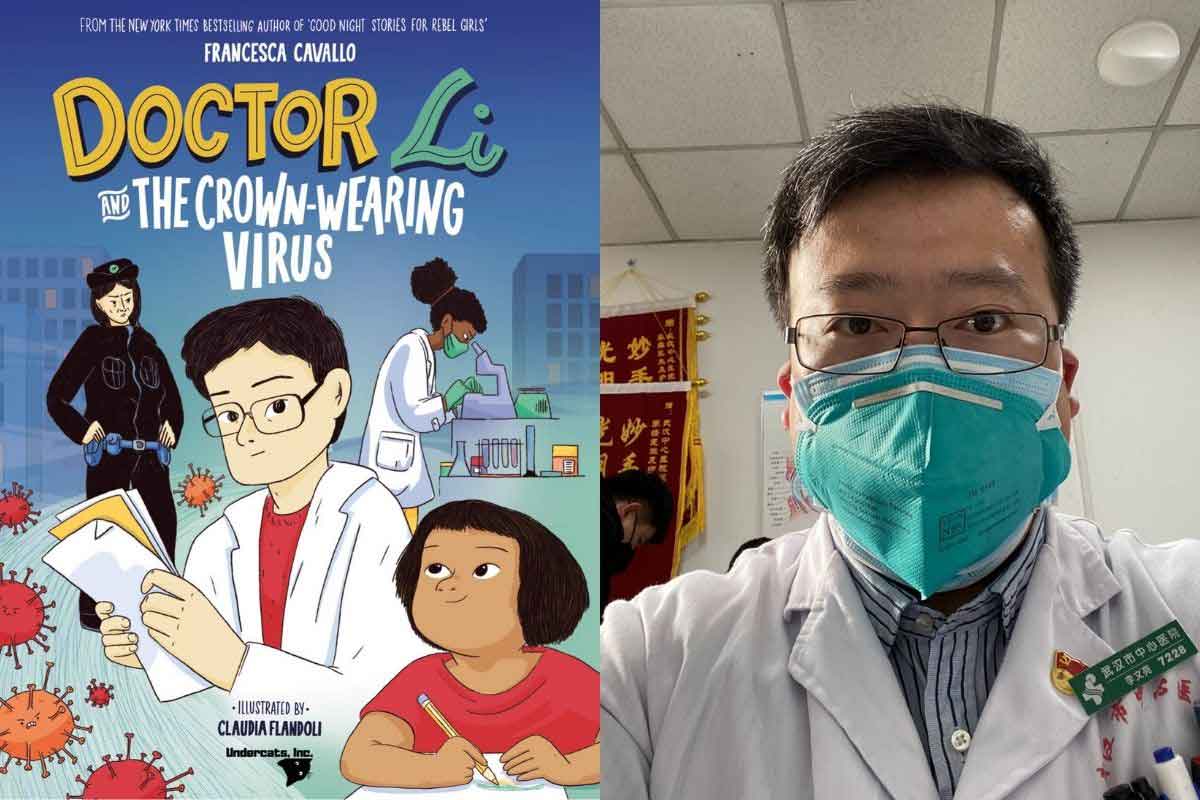 
A children’s book called Dr. Li and the Crown-wearing Virus tells kids of the late doctor who blew the whistle on the threat of coronavirus.

In hopes of teaching kids the power of speaking the truth, author Francesca Cavallo released the children’s book, Dr. Li and the Crown-wearing Virus. The story follows the life of late Dr. Li Wenliang who blew the whistle on the threat of the novel coronavirus back in December 2019.

First released as a short in 2020, the book’s free online version had been downloaded more than 60,000 times and had been translated to 38 languages.

Cavallo, who is a New York Times best-selling author of Good Night Stories for Rebel Girls, told CNN she wrote a longer version of the story after a number of requests from parents and educators who wanted to explain the pandemic better to children.

“This is our first book. We created it to combat the Anti-Asian sentiment on the rise as a consequence of the racist propaganda some political leaders have used during the pandemic,” Undercats, a publishing house founded by Cavallo, described the book on their website.

In the book, 7-year old May learns about Dr. Li who spoke about the threat of the novel coronavirus, only to be silenced and threatened by the government.

“It’s important that children around the world know that the first hero of the pandemic was, in fact, a Chinese doctor named Doctor Li Wenliang, the ophthalmologist who first raised the alarm that a novel coronavirus was spreading in Wuhan,” the website added.

Dr. Li died on February 7, 2020, due to the new coronavirus. He has been regarded as a hero for speaking the truth and warning about the disease that has now infected over 100 million people.

Dr. Li and the Crown-wearing Virus is available online. It is also being distributed in the Philippines, Italy, and Singapore.