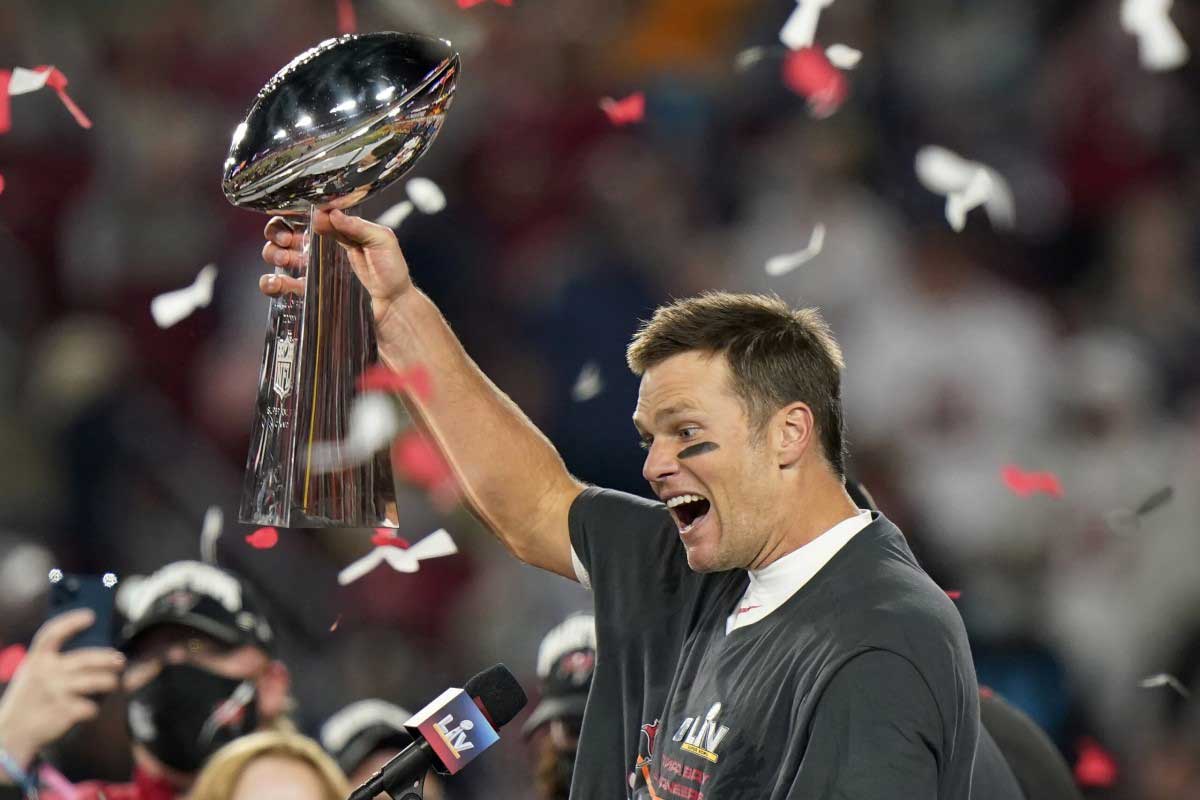 After dominating the Kansas City Chiefs with a final score of 31 – 9, the Tampa Bay Buccaneers became the Super Bowl LV Champions, making history as the first team to win a Super Bowl in their home stadium of Raymond James Stadium in Tampa, Florida, and securing quarterback Tom Brady his seventh Lombardi Trophy— the most of any player in NFL history by far.

Brady’s athletic performance was considered to be nearly flawless for a 43-year-old, and the suffocating pressure of Todd Bowles’ defense perfectly complemented the offense’s effort. The quarterback completed 21 out of 29 passes for 201 yards and three touchdowns, including a pair to his long-time favorite target in tight end Rob Gronkowski and wide receiver Antonio Brown.

The Bucs thrust the Chiefs into their worst offensive performance of the Patrick Mahomes era, as Mahomes himself was under siege all night, alternately firing the ball into the ground and having to tuck and scamper away due to the immense pressure. Mahomes took three sacks and threw two interceptions on tipped passes. He ended the night with 270 yards passing while being held without a touchdown for just the second time in 56 games since taking over KC’s starting job in 2018. This was the first double-digit loss in Mahomes’ career.

The Bucs entered as the 3-point underdog of the game and easily covered the spread as Super Bowl LV fell below the 56-point closing total. In the end, the Bucs displayed enthusiasm in having Brady at the helm.

Both teams fancied the legend as a catalyst that would lead the Bucs to a championship, which turned out to be right. In what is considered to be the strangest NFL season in history, the league’s greatest player found a way to win once again.