eSport in the Philippines, imagine that? 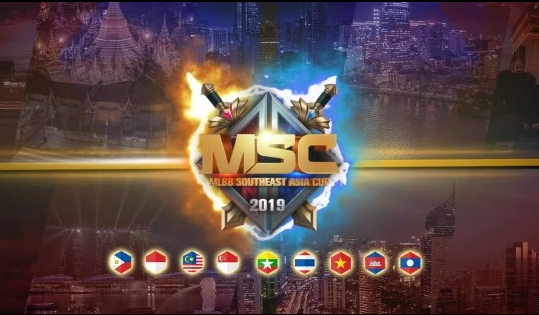 
Victory for Philippine Gamers! The time has come... E-Sport is here.

Two words, 8 letters, say it and I’m yours: “Free Skin”
If you know what this means, then you’re probably part of the followers of the most popular Mobile MOBA (Multiplayer Online Battle Arena) game in Southeast Asia, Mobile Legends: Bang Bang. MLBB was released in 2016 but already had a couple of tournaments in the past year.  It has garnered a lot of Filipino players, a statement said by eSport Manager of Moonton (MLBB Developers), JJ Lin, “Actually, the Philippines is the second most important market for MLBB”. A big chunk of MLBB players is from the Philippines. Thus having their annual tournament in the Philippines, after years of having it in Jakarta is a great opportunity for MLBB to interact with one of their biggest fanbases.

Line em' up and knock em' down!

Barangay competitions are also being held everywhere, just recently there was a MLBB tournament held in SM San Mateo, the winning team receives P10,000 worth of Gift Certificates. That doesn't stop there, it’s getting bigger. Esport is finally spreading its popularity here in the Philippines, a factor in the founding of eSNAP (eSports National Association of the Philippines) in 2018. Road to Nationals or simply, “The Nationals” is an eSport tournament by eSNAP-- to showcase the skills of Filipino in the name of Electronic Sports. Mobile Legends: Bang Bang is one of the 3 titles that has been chosen to be played, the others are Dota 2 and Tekken 7 for PC and Console, respectively.

This coming SEA Game 2019, eSport has already been considered to be a part of the Olympic Games. Mobile gaming, such as Mobile Legends: Bang Bang has already been short-listed. The Philippines has a lot of talented gamers, to establish an organization that harnesses those skills and develops them since the Philippines is a team to reckon with. An advantage of adding eSport in the SEA Games is the boost of the audience that is expected. More audience, more support! It's a victory for Philippine Athlete, including eSport Pinoy Professionals!