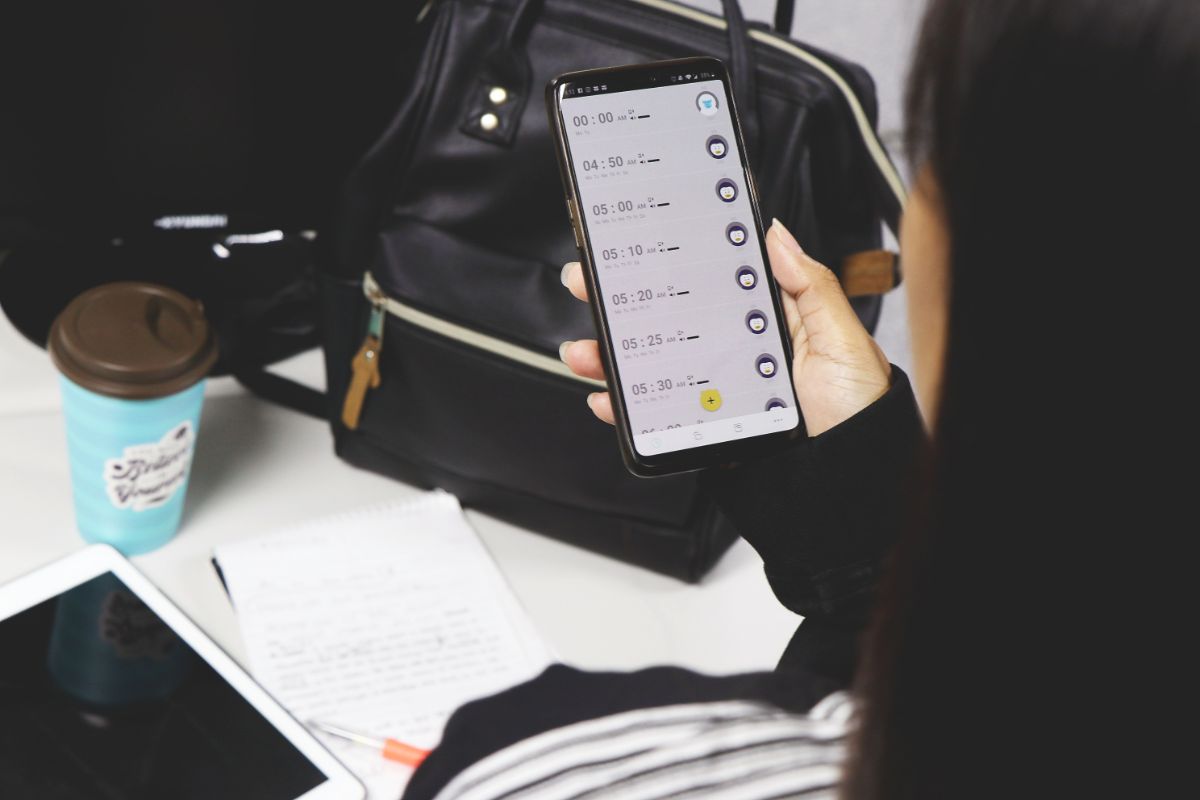 Photo of Phone, Shake-It Alarm App opened and other School Essentials in the background

We all remember our back-to-school routine, from shopping for notebooks, new bags and fitting your old uniform. Whatever it may be, it’s always about stocking up supplies for the school year. With that being said, let’s stock up on apps that you’ll need.

Oh, notes. We all know the struggle of trying to take a decent picture of readings, to either send or keep as a reference. That’s why notebloc is an app that helps scan not just pictures but as well as documents. It has an option to have it b/w, colored or enhanced. It saves the document as PNG and is stored in the app.

It’s a note-taking app but with steroids. Other than organizing notes. It can do a lot more than take notes, such as record memos, scan documents, and even a sketchbook. All of these tools are easily accessible once the app has been opened, as the shortcut buttons are already displayed.

What’s better than having an organized time table? Same thing but alerts you of the things you should know. This digital planner, take notes of your schedule, agenda and even your attendance. It’s a more portable planner than an old notebook, plus save the trees!

Calculator - All in One & Free

Wait! Before you say it’s just another calculator. I kid you not, it’s not. It’s everything you never knew you needed in a calculator. From solving equations to checking the calorie count by picturing the food. It also has a converter! It’s a swiss knife like app for anything numbers.

Despite our phone being our advantage in school, it could also be a weakness. The temptation of scrolling endlessly on facebook or 9gag, really.. Seems like a good ide-- Moving on. This app blocks unnecessary calls, notifications, texts and so on. You may customize, what apps to block and who to block as well. While it’s active, there’s also the option of having to send automated texts to anyone who texted or called you.

All of the apps mentioned above are useless if you don't make it to school. That’s why this unique alarm clock will do the trick, wake you up and irritate you at the same time. You can customize how to stop the alarm and also the difficulty, from a simple tap to shouting or shaking at your phone. A must-have for those heavy sleepers!

Already proven and tested, great for storing any type of files and creating documents. What’s great about this is, you can access it anywhere. Another great thing! The collaboration, you can share and have other people edit with you. Here’s an idea! As long as there’s internet, your classmates can all type and share notes. Store it in google drive and voila, accessible references, teamwork makes the dream work!